Disputes between shareholders can create fundamental divisions throughout a corporation if they are not properly and quickly resolved. As you may be well aware of by now, these disputes often hinge on the complex and technical terms of shareholders’ agreements that were created around the same time that the business began—potentially before you were a shareholder in the corporation. That being said, it may be in your best interest to reach out to a lawyer who will be able to help you interpret the shareholders’ agreement that you are bound by and work to legally resolve your dispute.

At Arenson Law Group, PC, our Cedar Rapids shareholder dispute attorneys understand just how much will be depending on the resolution of this dispute for you and any other shareholders who may be in the same situation. Our legal team can help you make informed decisions about what action will be necessary if you are to protect your shareholders’ and personal rights.

Protect Your Rights & Interests During a Shareholder Dispute

As unfortunate as it may be, shareholder disputes are not all that uncommon for corporations as they grow and expand the scope of their business. What will be important for you and each of the other shareholders going forward, however, is that each of you does everything you can to defend your rights and interests as a shareholder. Though it may be possible for you to resolve the issue and then continue to be associated with the business, it is important to realize that some disputes are serious enough to necessitate that the shareholder makes a total departure from the business in order to protect their best interests.

Keeping all of this in mind, our legal team has all of the experience and resources that you will need to develop a comprehensive legal strategy capable of defending your rights and protecting your best interests throughout the coming legal process. While shareholder disputes may arise over virtually any aspect of the shareholders’ agreement—or lack thereof, in some cases—the following represent the most common causes of shareholder disputes:

Breaches of fiduciary duty: The officers and directors of a corporation have fiduciary duties to their company and everyone they represent. A fiduciary relationship means that one party must act with reasonable care and good faith in the best interest and benefit of the other party. Since executives have so much control and decision-making power within their corporation, their fiduciary duties hold them to standards of trust and fidelity to the company. Fiduciary duty prevents a person from engaging in opportunities that would result in competition with or at the expense of the other party in the fiduciary relationship. When a fiduciary takes an action that contradicts their duty, even if there is no fraudulent or criminal intent, it is considered a breach of fiduciary duty. If shareholders are harmed by situations such as this, it can cause a dispute.

Corporate mismanagement issues: Shareholders have a responsibility to take part in the oversight of management and holding the officers and directors accountable. Disputes can arise when shareholders become aware of matters of unprofessional conduct or mishandling of the business that they believe jeopardize the public or the company, but the corporation refuses to take action.  Examples of such mismanagement include:

Contract breaches by other shareholders: While a shareholder’s agreement between a company and its shareholders addresses the particulars of how decisions are made about managing the company, its main purpose is to protect the rights of all shareholders. Shareholders have fiduciary duties to each other and must act with loyalty and sincerity, whether or not they are employees of the business. When a shareholder has a conflict of interest with, or suppresses crucial financial information from other shareholders, disputes can be triggered.

Whatever the specifics of your dispute happen to be, our attorneys can evaluate your position and then help you pursue a course of action that will be best suited to protecting your interests throughout the coming legal process.

Arenson Law Group, PC advises and represents shareholders in Cedar Rapids about their rights as we work to resolve their disputes. Our effective negotiation tactics are implemented to bring positive resolutions to difficult situations. Several legal actions are available for shareholder disputes which include:

Negotiate a settlement: If all parties would like to avoid litigation and acknowledge the validity of the dispute, then negotiating for a structured settlement can be the solution.

Mediation: During mediation, a skilled mediator facilitates communication between those involved in the conflict to negotiate a resolution. The mediator does not make any decisions or coerce an agreement. Instead, mediation allows the disputing shareholders to come to some type of compromise. An experienced attorney assists you by informing you of your rights and advising on what is considered fair and reasonable.

Derivative lawsuit: The directors of a company should pursue litigation against any party who has harmed their business. In situations where the directors will not pursue a valid claim against these parties, shareholders can elect to do so. A derivative lawsuit is filed by a shareholder on behalf of the corporation and is often against corporate executives or majority shareholders for breach of contract or fiduciary duty.

Understanding Your Rights as a Shareholder

When you buy stock in a company, you have rights. Listed below are the basic rights that common shareholders possess, but the particulars for individual stocks depend mainly on the provisions included in the corporation’s governance policies, which detail how shareholders are treated and kept informed.

Voting rights: Many decisions within a publicly-traded company cannot be implemented without a consensus, such as electing directors or potential mergers. Shareholders can vote at annual or general meetings in person or by proxy, and the number of shares owned establishes the number of votes permitted. Typically, shareholders are granted one vote per share owned.

Dividend entitlement: Common shareholders share in a company’s profitability based on the number of shares they own. They are also entitled to income distributions that are made through dividends paid in cash or additional stock. Dividends are not always guaranteed. If the company is liquidated, common shareholders will only receive dividends if sufficient funds remain after the bondholders and preferred shareholders are paid.

Selling rights: Shareholders can transfer their stock ownership by the trading shares on a stock market. They have a right to sell at any time and receive the payment promptly. An investment in stock means there is quicker and easier access to funds.

Access to corporate records: With a valid reason, shareholders have the right to inspect the company documents, such as financial statements, bylaws, board meeting minutes, annual reports, and shareholder registers.

Right to sue: Common shareholders can sue the company for violating their rights. This legal action can be taken as a class-action lawsuit or a single shareholder claim. An example of a motive for suing a company could be if a company overly exaggerated their earnings and mislead shareholders about their financial circumstances.

Consult with a Shareholder Disputes Attorney in Cedar Rapids

If you have become involved in a dispute regarding your rights or interests as a corporate shareholder, reach out to an experienced corporate law attorney to begin discussing each of the options you will have to resolve the dispute, along with any possible implications that your decisions may have for you and the business. To speak with a Cedar Rapids shareholders’ dispute attorney from Arenson Law Group, PC about your case, please call our offices at (319) 363-8199 today. 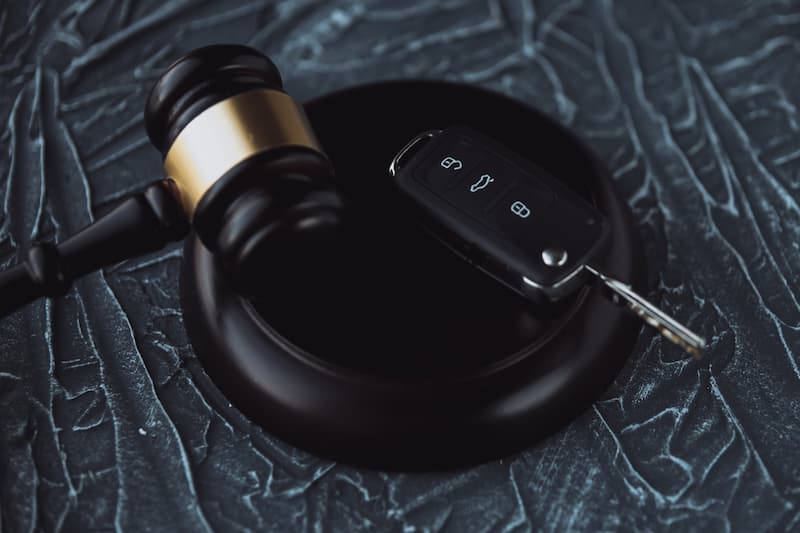 Jim Arenson and his team of attorneys have helped my wife and I out with everything from buying buildings, incorporating businesses, to purchasing a dental practice. They are simply the best. Their personal attention to our matters and their commitment to help us out with contracts, numbers and negotiations, was immeasurable. We honestly don’t know if we would have gotten some things done without them. Plus, they’re good people.

As an auto dealer, I wouldn’t buy or sell ANYTHING without Jim Arenson on my side.

The loss of loved ones is a difficult time, both emotionally and financially. Paying final costs, working through estates, and filing necessary tax forms is overwhelming. Having Jim Radig, an attorney with Arenson Law Firm guide us along these necessary steps alleviated the stress of the unknown, while giving us confidence that these matters were handled legally. Jim expedited the paperwork promptly, treated us with kindness and compassion, and was fair in the fees charged. His professionalism fostered trust and confidence.

We have been using Jim Radig for legal counsel for our business and personal needs for over 5 years. He has far exceeded our expectations on every challenge we have given him and has developed unique and cost effective solutions to a number of difficult business issues we have faced. We would not hesitate to recommend Jim!

Tom Hauer, Chief Operating Officer, JnLC Enterprises LLC.
IF YOU WOULD LIKE TO SPEAK DIRECTLY WITH A PROFESSIONAL MEMBER OF OUR LEGAL STAFF CONTACT US TODAY
(319) 363-8199

The determination of the need for legal services and the choice of a lawyer are extremely important decisions and should not be based solely upon advertisements, certification, specialization or self-proclaimed expertise. A description or indication of limitation of practice does not mean that any agency or board has certified such lawyers as specialist or expert in an indicated field of law practice nor does it mean that such lawyer is necessarily any more expert or competent than any other lawyer. All potential clients are urged to make their own independent investigation and evaluation of any lawyer being considered. The hiring of a lawyer is an important decision that should not be based solely upon advertisements.